The British Fashion Council will tonight honour supermodel Naomi Campbell with the Fashion Icon Award at the 2019 Fashion Awards at the Royal Albert Hall in London.

Naomi will be recognised for her incredible contribution to the fashion industry, her world-renowned career as a supermodel, as well as her philanthropist work with charities and incredible efforts for a more diverse and equal future, especially in Africa. 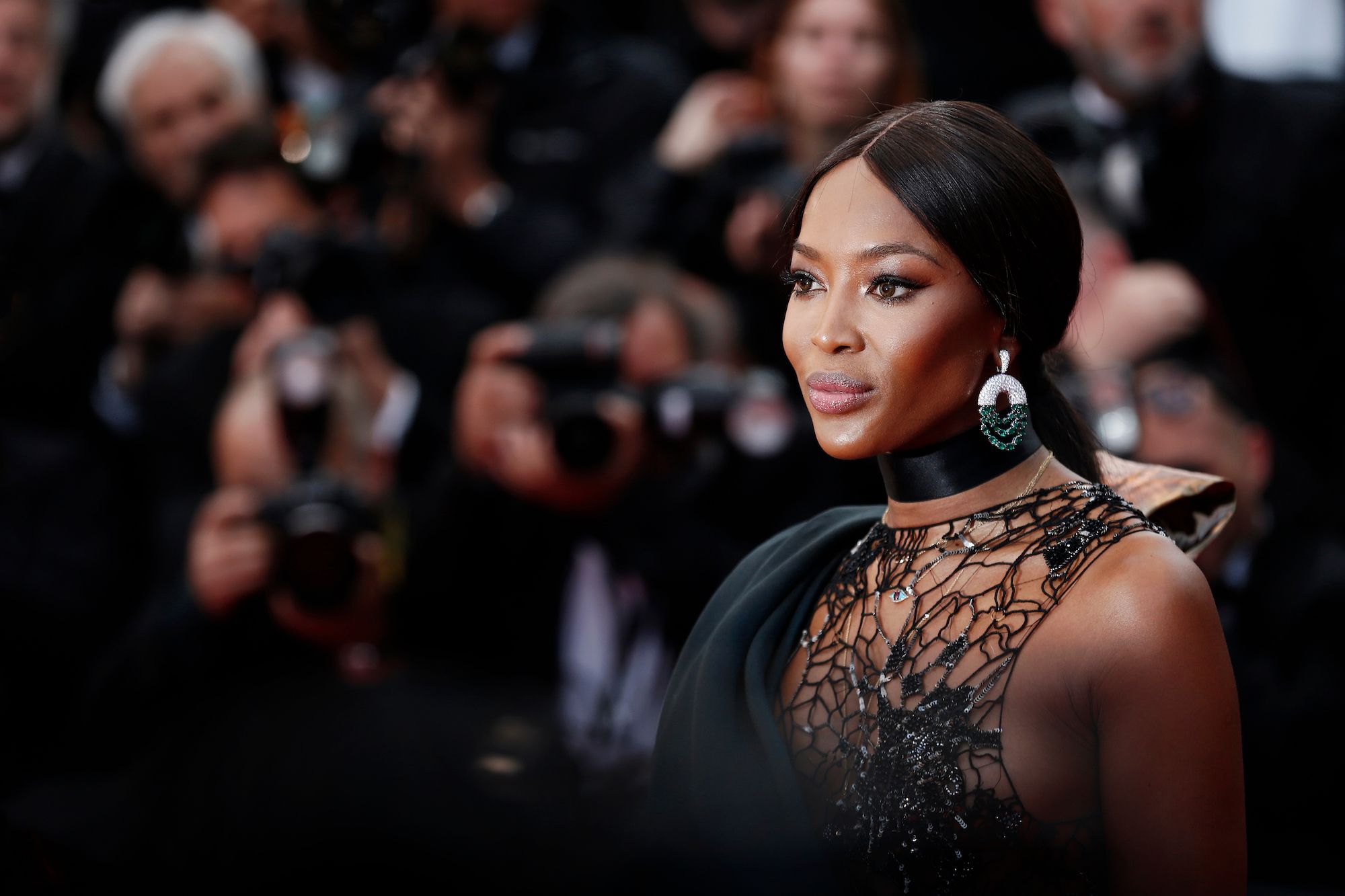 Born Naomi Elaine Campbell, on May 22nd 1970 in Streatham, South London, Naomi’s extraordinary modelling career began when she was just 15 years of age, after being discovered by talent agent Beth Boldt whilst out and about shopping one day after school in Covent Garden.

Showcasing a natural fashion flare and innate ability to work the camera like no other before her, Naomi soon found herself walking in catwalk shows for Gianni Versace, Azzedine Alaïa and Isaac Mizrahi as well as being photographed by iconic artists Peter Lindbergh, Herb Ritts and Bruce Webber.

By the close of the 1980’s Campbell had become an internationally recognised figure, gracing magazine covers and walking runways the world over – and, along with fellow models Christy Turlington and Linda Evangelista, formed the infamous trio known as the Trinity, becoming the most in-demand and respected models of their generation. 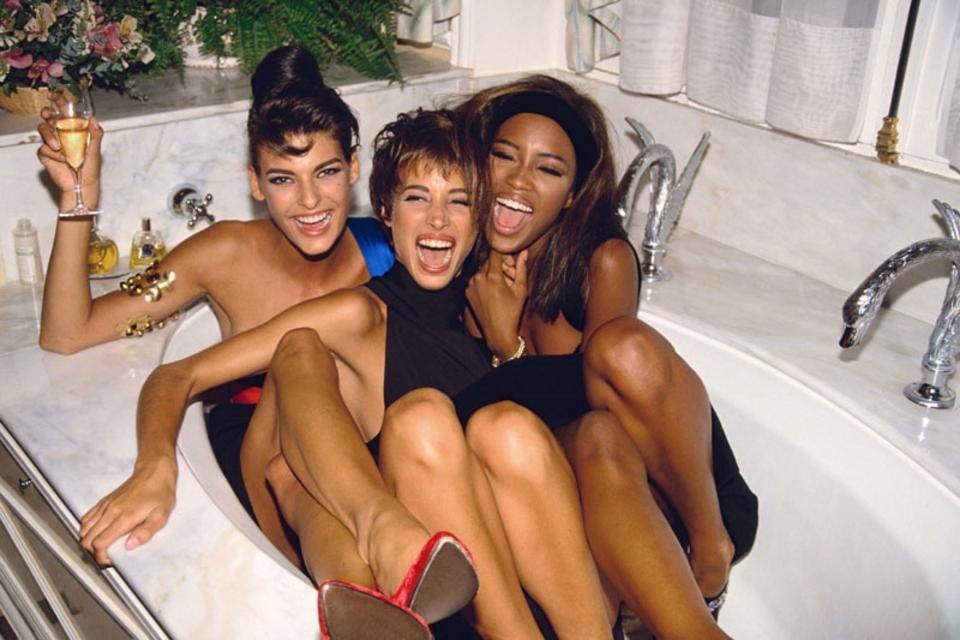 A Force For Change

A born leader and advocate for awakening change, Naomi has long used her platform for good – breaking down countless barriers and challenging old fashioned stereotypes, finally giving a voice, and face, to the community that been marginalised for far too long.

As the first EVER black model to appear on the cover of French Vogue, American Vogue, Time Magazine, Russian Vogue and the first British black model to grace the cover of British Vogue Naomi Campbell has become known for using her success to not only open doors for other girls of colour, but also to help those in need through her incredible work with fundraising and charity work across the globe.

In 1993 Naomi began charity work with Nelson Mandela and in 1997 he named her “Honorary Granddaughter” for her endless activism. In 2018, Naomi Campbell had the honour of presenting a tribute to the independence leader, who would have turned 100, at the 2018 Global Citizen Festival in NYC. Naomi also made a passionate and emotional speech at Winnie Mandela’s funeral, calling her “a woman of strength who endured much hardship and sacrifice”.

In 2013, Naomi Campbell launched the Campaign Diversity Coalition, with the aim to address racism in the fashion industry.

Founded by Campbell in 2005, Fashion for Relief is a charity merging fashion and philanthropy.

Born in London, Fashion for Relief was one of the first fundraisers with an aim to help people affected by the disastrous floods that hit the UK in the summer of 2007. The fundraiser was supported by people including Elle MacPherson, Novak Djokovic, Jane Fonda, Sting, Dame Vivienne Westwood, Faye Dunaway and the Duchess of York, in aid of the Rotary Flood and Disaster Appeal for Great Britain.

Since that day, Fashion for Relief has spread its wings to embrace global causes, raising millions in aide of disaster relief such as the Japanese earthquake and tsunami, the Haiti earthquake, Hurricane Katrina and child refugee crises, to name only a few.

Fashion for Relief has been staged all around the world, from New York to Dar Es Salaam and the South of France.

“We cannot think of a more deserving recipient than iconic Londoner Naomi Campbell, she has achieved exceptional work in the industry. Naomi represents female empowerment, activism and glamour and her voice is used for great impact. We are thrilled to present The Fashion Icon Award to Naomi and acknowledge her for her remarkable contribution to the global fashion industry.” – Caroline Rush, BFC Chief Executive 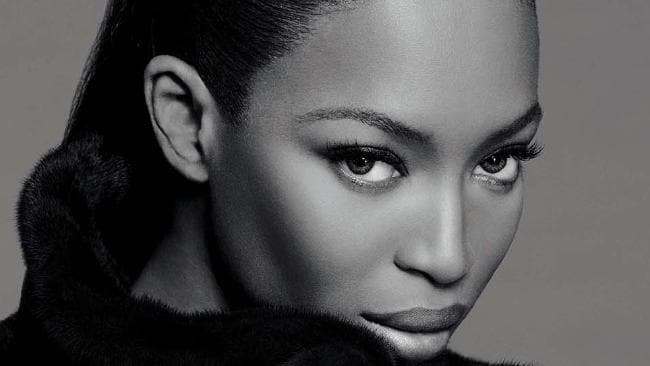 In a career spanning FOUR decades, Naomi Campbell has continuously ripped up the rulebook, defying and going beyond all expectations, creating a life and career all of her own and on her own terms.

Brave, fearless, unapologetic and FIERCE – Miss Campbell, we salute you!