The name on everyone’s lips right now is that of the notorious American serial killer, Ted Bundy. But why is that?

Netflix recently aired their four part documentary under the name Conversations With A Killer: The Ted Bundy Tapes. But why is it so popular? We are here to tell you exactly why!

Not only does this drama reawaken everyone’s deep hatred for one of the world’s most well known murderers, but it also delves deeper into the case and the emotions of those involved. Real life accounts from Bundy’s friends, family and even a victim who managed to escape his clutches are heard throughout, which displays how dangerous of a man Bundy really was.

The heartbreaking realization by a devoted loving mother that her son was capable of such crimes pulls at your heart strings and shows how nobody saw it coming.

Just when you thought you knew everything there is to know, his horrific crimes are revisited opening everyone’s eyes as to the sheer brutality he inflicted on his innocent victims. Exclusive tapes of an interview with Ted Bundy are played throughout the documentary, on which his remorseless and sinister voice can be heard firsthand.

Bundy’s multiple escapes from prison are addressed, and his life is detailed right up till the day he receives the electric chair. Accounts from those present at the time of his death state exactly how the nation felt to be rid of such a highly vicious individual.

Life at the time that Bundy was at large was extremely dangerous for young college girls, this documentary displays that not everyone appears how they seem.

Overall, the documentary leaves a powerful message warning of the danger that strangers can bring, not all charming people are innocent. It warns that people should always be vigilant and be careful who they trust. The whole documentary is a dedication to giving the victims a voice and ensuring they are remembered, as well as showing that society is a safer place without monsters like Bundy!

The series is one to highly recommend; however, it should be watched with caution due to the nature of its content!

I have an absolute passion for writing! Reviews and exclusive releases are what I do best, with a cheeky bit of celeb gossip thrown in!

I'm an avid book reader and music is my thing, I love how our imaginations can take us far away from reality with just a few words! You are most likely to find me in my natural habitat . . . at a gig! It's where I feel most at home and at my happiest! 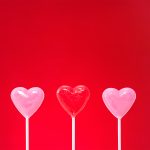