Deeplight is the novel by Frances Hardinge. It’s a fantasy adventure. Twenty Thousand Leagues Under the Sea meets Frankenstein.

The gods are dead. Decades ago, they turned on one another and tore each other apart. Nobody knows why. But are they really gone forever? When 15-year-old Hark finds the still-beating heart of a terrifying deity, he risks everything to keep it out of the hands of smugglers, military scientists, and a secret fanatical cult so that he can use it to save the life of his best friend, Jelt. But with the heart, Jelt gradually and eerily transforms. How long should Hark stay loyal to his friend when he’s becoming a monster—and what is Hark willing to sacrifice to save him? 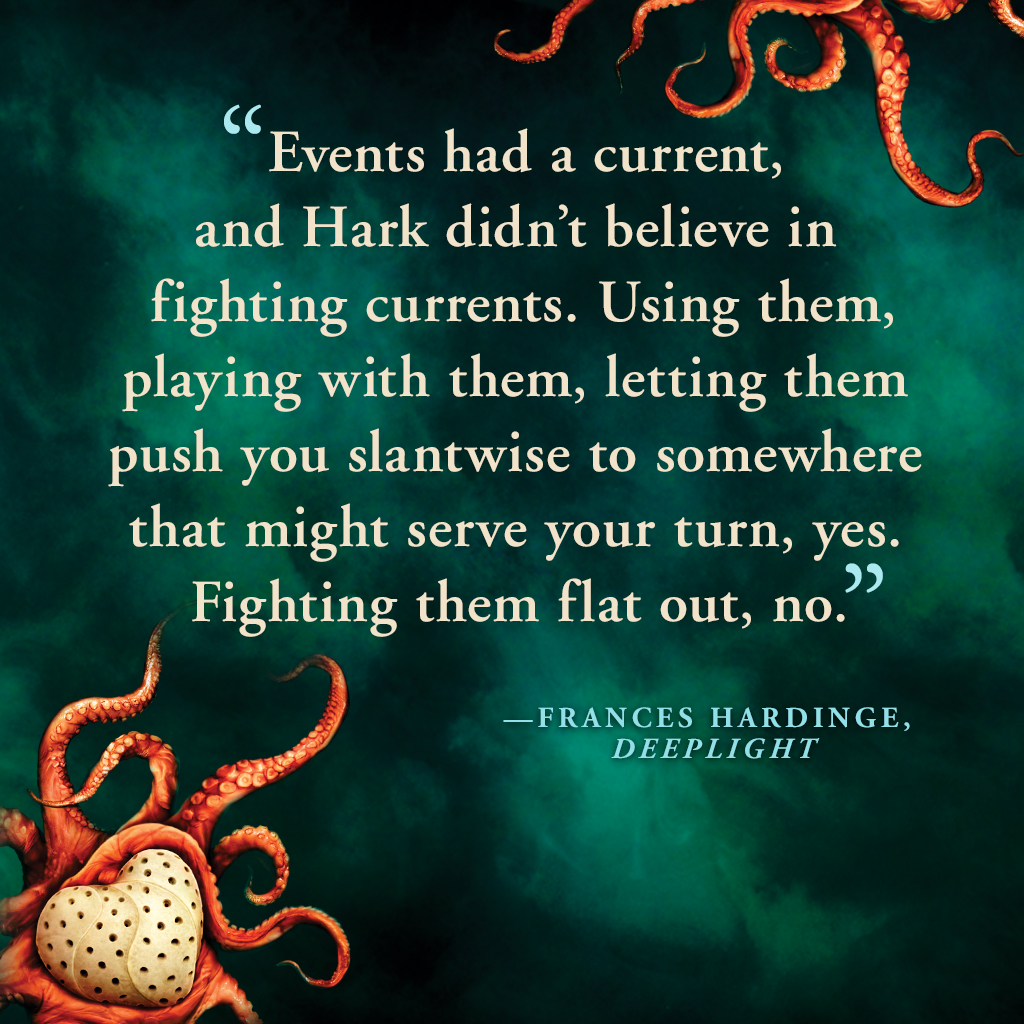 Deeplight is a true fantasy novel. Frances Hardinge crafts a  very different world where everything feels real and oh so alive. It’s dark, intriguing and extremely vivid.  The characters are flawed and a little messed up, which makes them interesting, more human and very easy to connect with. The plot is both fast-paced and action-packed, with twists you except and some that you really don’t.

“Maybe sometimes there isn’t a right thing to do. Maybe there’s just lots of wrong answers, and you have to pick one you can bear – something that doesn’t break who you are.”

The friendship between Hark and Jelt is extremely unhealthy and it’s good to see this side of a relationship being explored as it’s not something that is often done in YA novels. 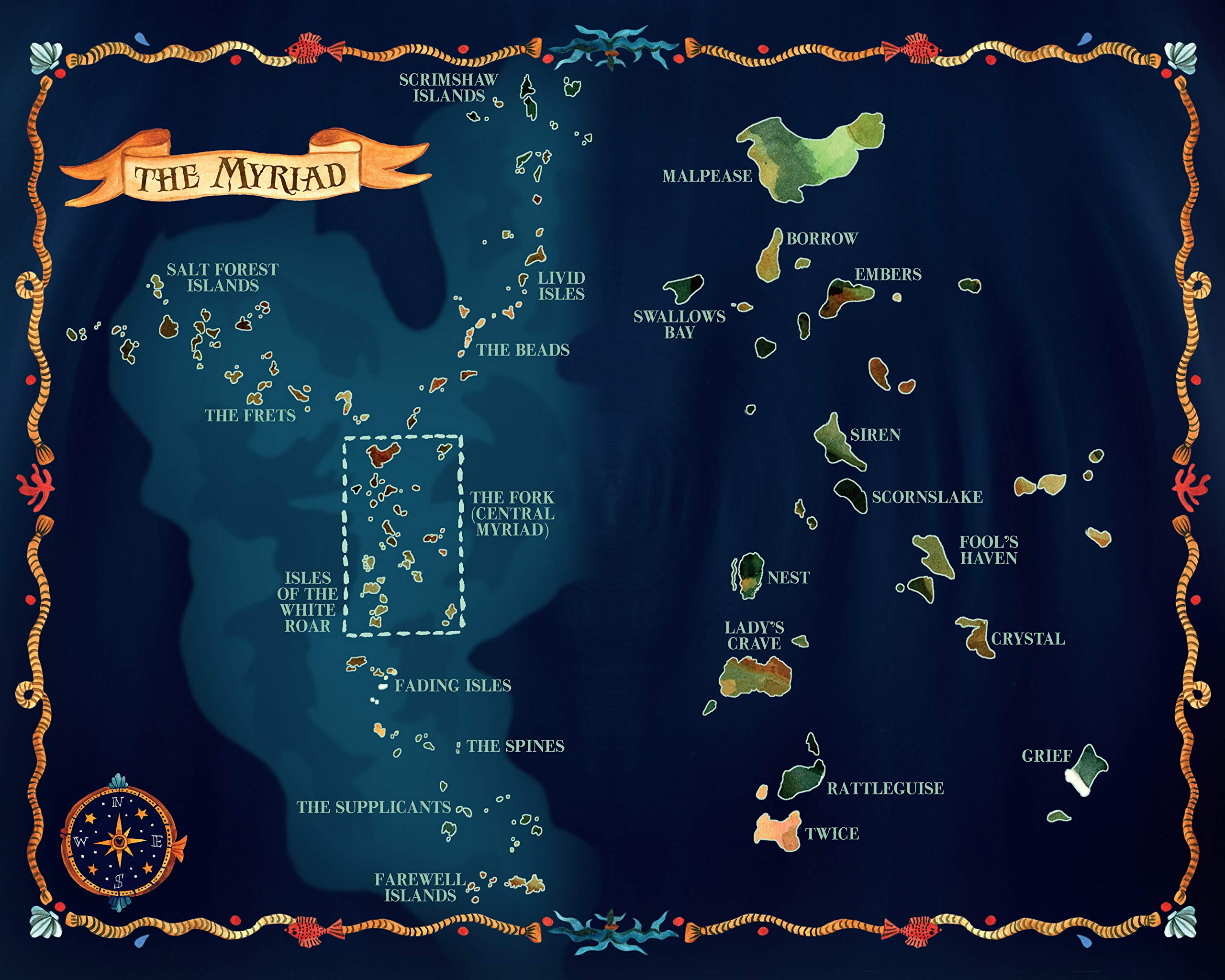 Another aspect which makes the story extremely relevant is Frances Hardinge normalising deaf culture. It’s something many overlook and they shouldn’t.  It’s an essential part of the Deeplight world,  losing one’s hearing because of diving expeditions is quite common, and people who are “sea-kissed” are even highly respected for braving the sea and everyone speaks sign language (something we wish was more common in our own society).

Deeplight is a haunting and compelling read, although it may make you think twice about going diving in the sea again when you are on holiday.

Deeplight is out now via Abraham Books.

Let us know what you are reading at the moment at @Fuzzable!