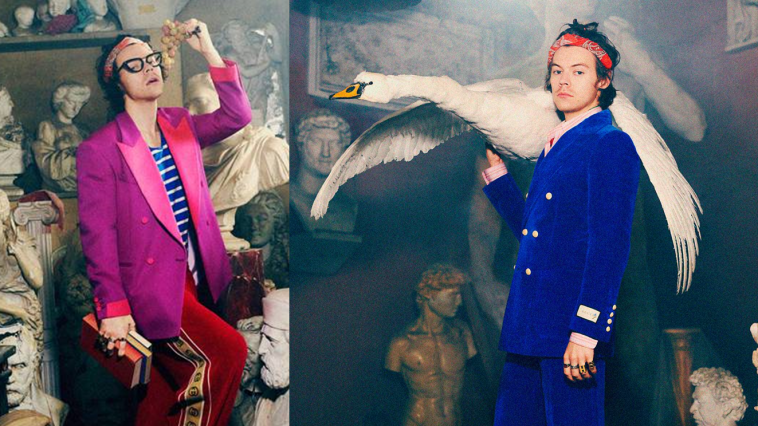 His first campaign with the brand was set in a British chip shop and the second in an Italian garden. His third, however, is situated in a business environment, standing behind a paper-strewn desk on the phone.

Just like the previous campaign saw the musician cradling lambs and piglets, he is again joined by a pig in his third campaign. Joining them is a stuffed swan, stone busts and a lampshade with a teacup stand. In another scene, Harry is feeding himself grapes, while in another a gust of wind leaves him chasing pages from his book.

The Gucci blog described the campaign as: “In a dreamscape of statuary and artworks, Harry Styles appears in the new Gucci Tailoring campaign, creatively envisioned by Creative Director Alessandro Michele, shot by Harmony Korine and art directed by Christopher Simmonds.”

In the campaign’s accompanying video, Harry plays an eccentric yet nonchalant character accompanied by a gang of animals.

We’d love to hear from you! Tweet us @Fuzzable and visit our style section for more like this!

Hi there! My name is Chris and I am a 20 year old student from London! I have a passion for fashion (that rhymed!) and love creating content on the latest menswear trends. Say hello on Twitter: @itsbland 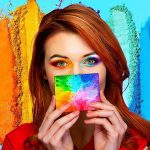