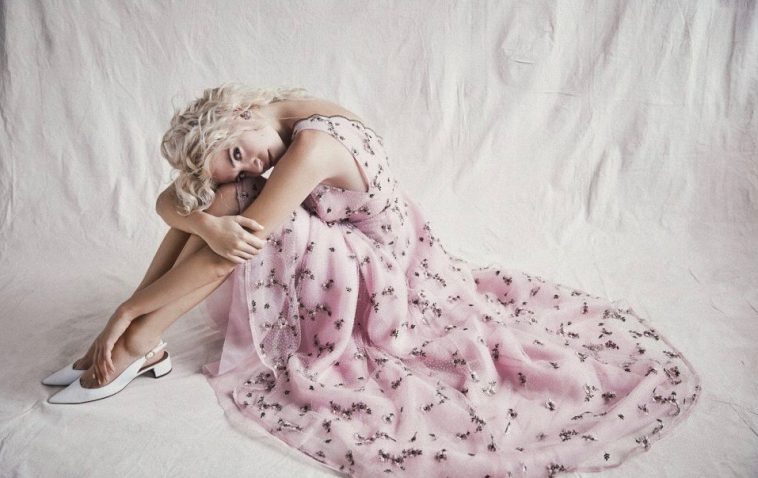 Famous for hits such as Boys And Girls, Baby and All About Tonight, Miss Pixie has been a mainstay on music stations and party playlists for over 10 years now, following the release of her debut (number 1!) single Mama Do (Uh Oh, Uh Oh) back in 2009.

Since then the South East London songstress has branched out across all fields of the entertainment industry to create quite the varied and diverse career for herself, achieving huge success in the worlds of television, theatre, film and fashion.

We here at Fuzzable are huge fans of all things Pixie… we love her music, her videos, her performances and her always charming, ever sunny disposition; but when she’s not killing it it in the recording studio, performing onstage, or coaching the future stars of tomorrow on ITV’s The Voice Kids UK, we love nothing better than seeing our ultimate style inspo in pages of our favourite fashion magazines and shutting it DOWN on the red carpet!

Known for her classic yet fierce, sartorial sense of style, Victoria Louise Lott is one of our all time favourite fashionistas, so in honour of today being her (never say a ladies age) birthday, here are some of our most loved Pixie Lott fashion moments… 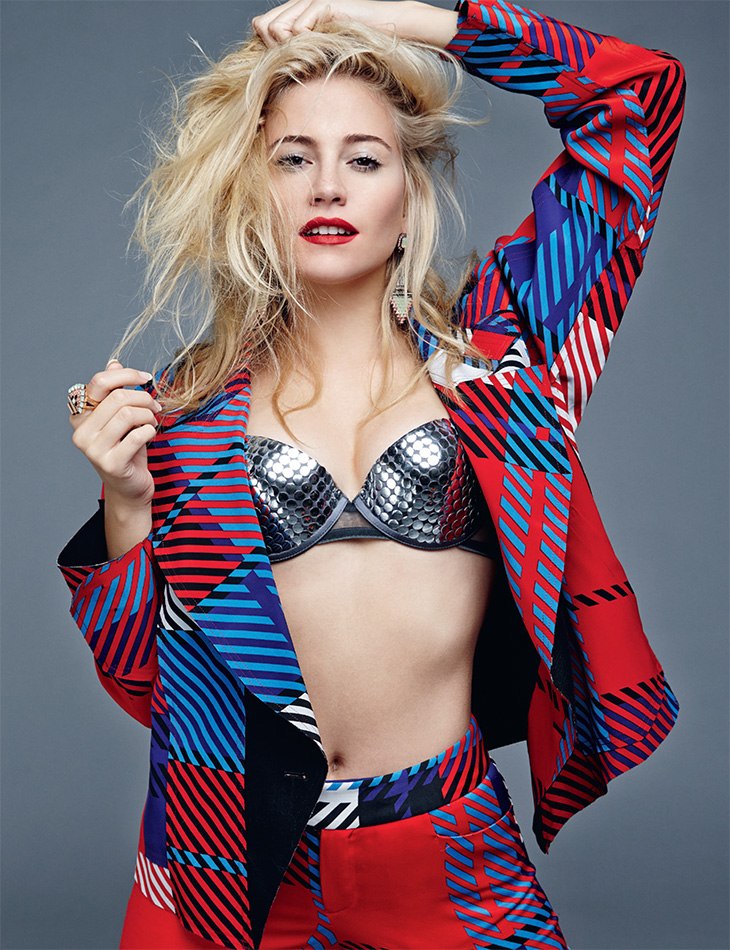 Shot by New York based art and fashion photographer Damien Fry, this was Pixie coming of age, transitioning from teen-queen pop princess to legit, bona-fide recording artist – unabashed and unafraid to be her true authentic, fabulous self! 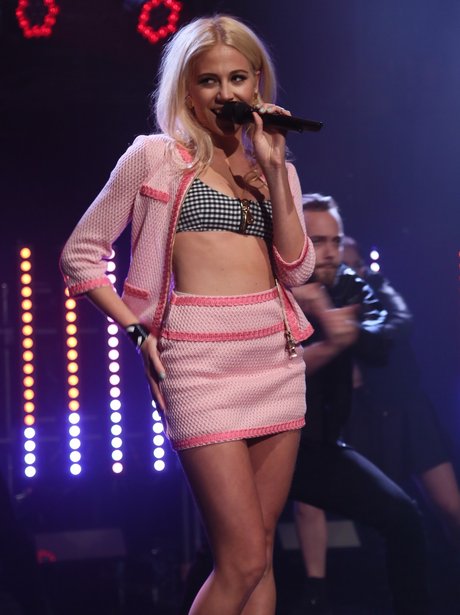 Flirty and girly, cute but classic… we LOVE this pink Chanel inspired 2-piece that Pixie wore to the 2014 Brit Awards nomination launch party.

Taking to the stage to perform her hit single Nasty, Pixie was finally back doing what she does best, having taken some time away from the music scene following the back to back release, and subsequent success, of her first two studio albums Turn It Up and Young, Foolish, Happy.

Very few British pop girls have managed to capture the mood and feel of an entire generation the way Pixie has, with her unique brand of soulful pop and individual chic, yet edgy sense of style – she’s the girls girl that we all can’t help but love! 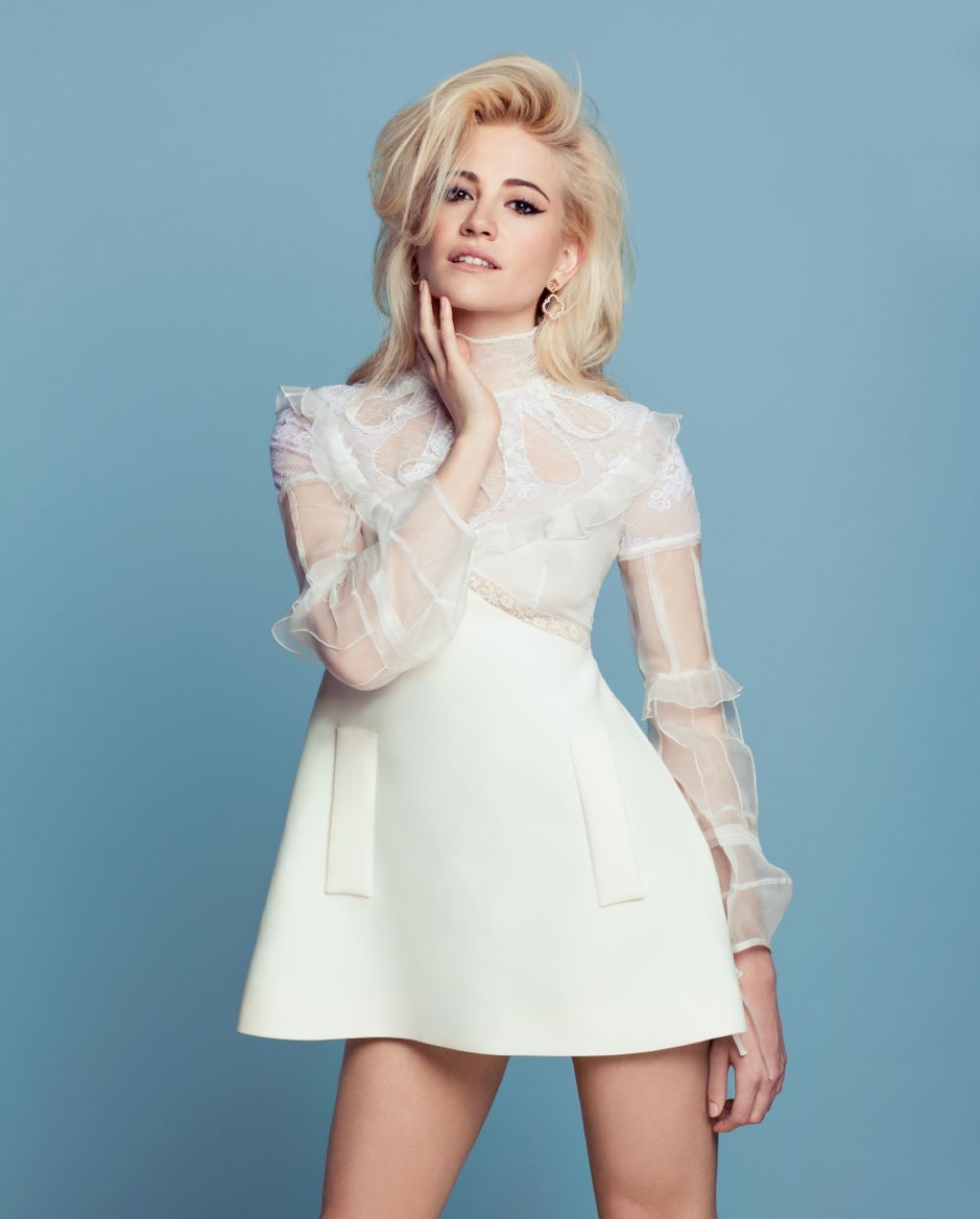 In celebration of her starring role as the iconic Holly Golightly in the touring and West End theatre production of Breakfast At Tiffany’s, Pixie graced the cover of British Sunday magazine You back in 2016.

Soft, ethereal, angelic and elegant, this is maybe one of our all time favourite Pixie Lott looks!

Shot by the legendary English photographer and director Charlotte Rutherford, Pixie ripped up the rule book and showed the world a whole new side of herself for this futuristic, oriental pop art inspired photoshoot for high-fashion bible Wonderland Magazine.

Styled by Toni-Blaze Ibekwe, with hair by Larry King and make-up by Bea Sweet, Pixie struck a number of provocative poses for this FIERCE editorial shoot – and quite honestly, we cannot get enough of what we see!

Wearing customised Gucci, with her hair darkened to a purple / silver tone (achieved by using Pixie Lott Paints), out of all the amazing images featured in the magazine, it’s this one in-particular that really gives us LIFE! 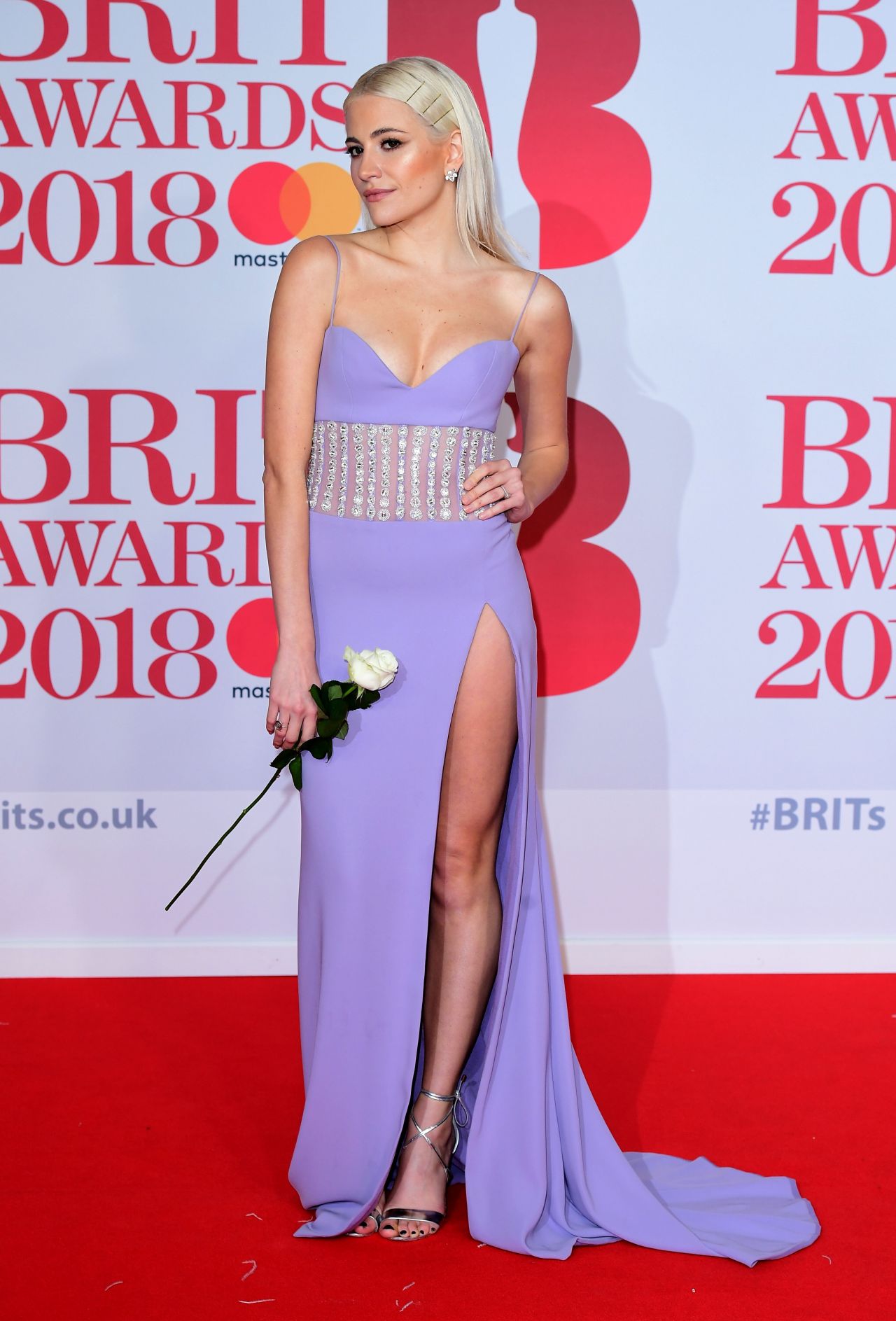 Looking sophisticated, feminine and refined in this gorgeous lavender floor-length gown, complete with thigh-split and sheer embellished waistline, Pixie was the picture of elegance as she arrived on the red carpet the 2018 Brit Awards.

Completing her look with a pair of strappy, silver heels and sparkly stud earrings, Pixie, like many of the stars in attendance at the Brits that year, carried with her a single white rose, as symbol of her support for the Time’s Up movement.

An advocate for change and a champion for all women – Pixie Lott, we salute you! 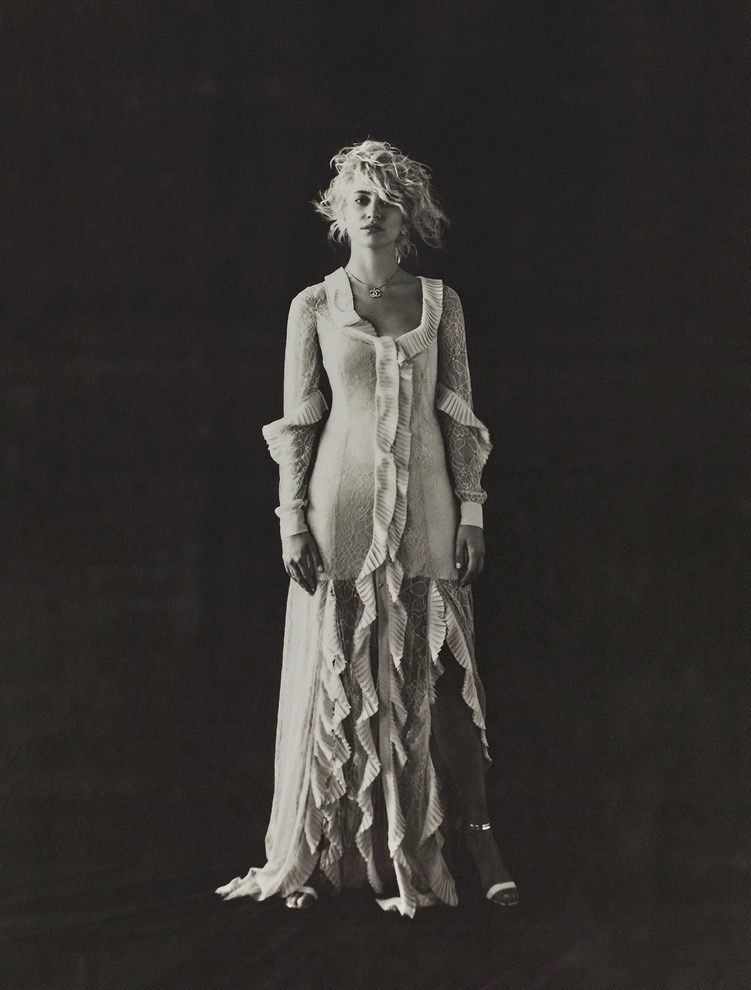 Collaborating with photographer Yuji Watanabe and art director Belishi, Pixie radiates true beauty in this ultra chic pictorial – conveying an emotive feeling of vulnerability and innocence that, up to this point, no other photographer had quite managed to capture before… and we love it! 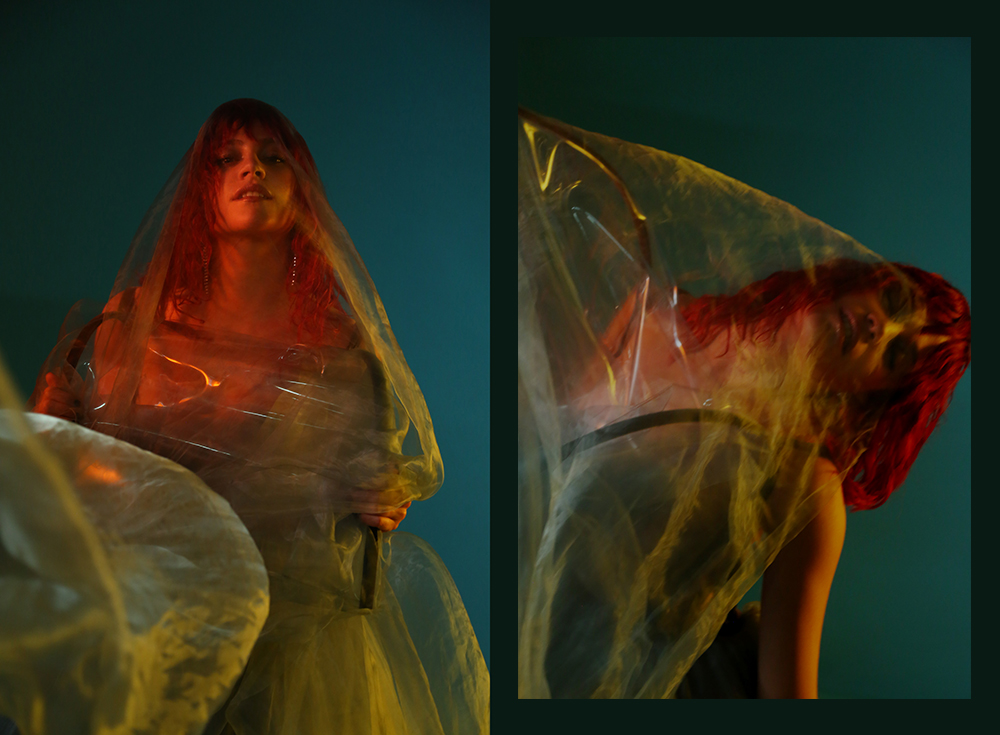 With time and experience, comes the confidence to experiment and mix things up – which is exactly what Pixie did with this boundary pushing, avant-garde style photoshoot for luxury fashion magazine #Legend.

Styled by Beli Shi, with hair by Yann Turchi and make-up Cyril Laine, the artistically daring editorial was shot entirely on an iPhone X by Hong Kong-based artist PJ Lam.

Creative, expressive, original and inspired… we love to see Pixie broadening her fashion horizons by collaborating with a whole new wave of diverse, forward-thinking visionaries and creatives, creating timeless pieces of art that empower, strengthen and inspire her audience.

Tailored perfectly to enhance and fit her amazing body, with it’s corseted top and thigh-high slit, the Cry Me Out singer kept her make-up subtle – with a pretty pink lip, bold dark eye-shadow – and her accessories to a minimum, adding a pair of silver earrings and a watch as well as a small black clutch, whilst wearing her blonde locks down and perfectly styled into bouncy curls which sat on her shoulders.

Wish Pixie Lott a HAPPY BIRTHDAY and let us know your favourite fashion moments of hers over on Twitter @Fuzzable now! 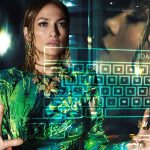 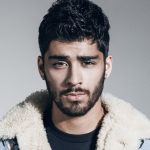