To celebrate Pride Month, we at Fuzzable have chosen a selection of songs for our essential Pride Playlist!

We chose these tracks because we feel a lot of them are positive, empowering anthems for the LGBTQ+ community. A lot of these songs also sung by allies of the community, such as Lady Gaga, Ariana Grande, Cher, and Kylie Minogue!

Kicking off the playlist is a classic Gaga track which is lyrically about loving yourself no matter your race, sexuality, or gender.

Next up is Gaga’s latest collaboration with Ariana Grande – it’s such an uplifting feelgood pop song with elements of house and disco music.

The queen of pop herself sung this female empowerment anthem back in 1989.

Another iconic Madonna song next – who hasn’t tried to attempt the dance moves?

We love this song as it teaches the idea of equality among LGBTQ+ people.

This is a catchy, uptempo song and we can’t help but dance whenever it comes on.

A karaoke anthem! “If you wannabe my lover, you gotta get with my friends…”

We had to include another Spice Girls track on the playlist! This is such an awesome empowerment track.

Not only is Cher an icon amongst the LGBTQ+ community, but she has also helped to uplift them through this powerful dance track.

“Why are you mad, when you be GLAAD?” In this catchy pop song, Taylor addresses those who post hateful comments online and shows her support for the LGBTQ+ community.

An LBGTQ+ ally, and we had to put her most recognisable hit on the playlist!

A decade ago, Kylie released an empowering love song, depicting the existence of emotion in different forms.

In this emotional ballad, Christina reminds her listeners not to let the haters get them down.

A classic 80s dance hit! Dead Or Alive’s frontman, Pete Burns, was also a part of the LGBTQ+ community.

It doesn’t get more disco than this…

In this track, the girl group sings about a love that is being kept behind closed doors – something that many LGBTQ+ people can relate to.

We had to include another ABBA hit – this is one of the group’s most iconic songs and has become an anthem amongst the gay community.

You better giddy up for this country pop classic!

One of Shania’s most well-known singles, this is a real girl power anthem!

This track has helped to inspire those who have ever felt hopeless and unworthy. It’s such a feelgood song and we love it!

Just like “Firework”, “Roar” is also a self-empowerment song.

One of our favourite throwback tracks!

This early 90s song is a catchy dance number with elements of funk and gospel, as George documents his past successes with Wham, as well as how much he has matured as a man.

This playlist would not be complete without one of Britney’s most iconic tracks!

In this uplifting EDM smasher, Britney commands her listeners to literally get to work if they want to achieve their goals. The song has become an anthem amongst LGBTQ+ people!

One of the earliest gay anthems!

Janet dedicated this uplifting dance track to AIDS victims around the world, as well as a close friend she had lost to the disease.

Before we had the popular social media app TikTok, we had this song!

Kesha wrote this track after hearing of the news that bullying and harassment had led to suicides amongst many youths in the LGBTQ+ community. This electro-fused smasher will be sure to uplift the community’s spirits!

We love this feelgood R&B track! “I don‘t think you’re ready for this jelly…”

One of the most anthemic self-empowerment songs ever.

One of our favourite 80s songs. And an essential for any dancefloor!

We’re a big fan of Whitney’s version of the Chaka Khan song, which was released on the soundtrack to her film “The Bodyguard”.

This house tune has become a staple amongst the LGBTQ+ community!

This 2000s banger samples the 80s hit “Tainted Love” by Soft Cell and gets us moving everytime we hear it!

Rihanna really does deliver the bops, doesn’t she?

Such an uplifting party track!

This aspirational ballad encourages listeners to accept themselves for who they are.

Such a catchy urban club anthem!

We LOVE this track as it inspires us to be whoever we want to be!

It’s a breakup anthem, but it has become a favourite amongst Ariana’s LGBTQ+ fans!

This is such a powerful uplifting pop song with inspiring lyrics, as Ariana moves on from the trauma and pain that she has experienced.

This playlist would feel a little empty without Queen Bey herself!

This is a powerful anthem for all the woman out there!

To conclude this playlist, we had to end with a song that has helped to unite the LGBTQ+ community as a whole!

You can listen to the Fuzzable Pride Playlist below, and feel free to put it on shuffle to change the track order: 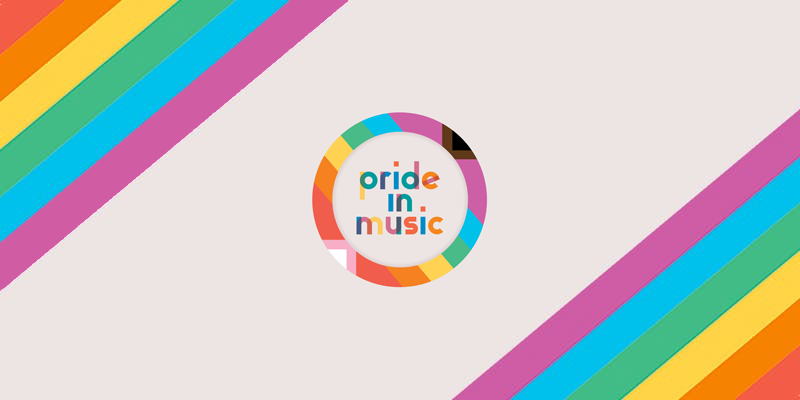 If you need some more pride-themed music in your life, then click here to find out more about Pride In Music’s special “BLACK PRIDE” playlist curated not only for this month, but also to support the #BlackLivesMatter movement!

What is your favourite song from our Pride Playlist? What songs would you add to it? Let us know over on Twitter @Fuzzable!