Hi there! Hope you’re having a lovely January 27th. I’m Annemarie. This is my first ever blog for Fuzzable, so I should probably introduce myself.

I’m a 16-year-old high school student from Canada. I’ve loved reading and writing for a long time, but I didn’t start writing regularly until I discovered CelebMix. Since then, writing for CelebMix, and now Fuzzable, is what I enjoy doing whenever I have spare time. I’m an introvert, a bit of a perfectionist, and you’ll usually find me wearing all black. I willingly consume buckets of popcorn, and I spend way too much time on the Internet.

So that’s the basics. I might do another post more about me, but right now I want to write sort of a day-in-life. Sort of like a daily vlog, but with words. That sounds cool, right? I wouldn’t do this in any other scenario because my days are usually pretty boring. School, homework, internet, writing, food, sleep. That’s about it. However, I wanted to somehow document the experience I’ve had this past semester working as a co-op student at a publishing company.

As of exactly one week ago, my life could be best described as “waiting for buses and trying to connect to wifi”. Ok, that sounds a little pathetic. I did do other stuff too, I promise. (School, homework, internet, writing, food, sleep). But this past semester, I signed up for the co-op program at school, short for co-operative education. In case you have no clue what that is, it’s basically a program where you work at a place you’re interested in for half of the school day. You don’t earn money, but you gain valuable hands-on experience and two high school credits.

Initially, I wanted to get a placement more closely related to journalism. It had been my area of interest for a while, and I had recently started writing for CelebMix and loving every minute of it. But the placement I ended up with was something I was vaguely interested in, but also something I had zero experience with- publishing. I had no idea what to expect, or what I would be doing on a day-to-day basis. In essence, to quote one my favourite songs, I “lept without looking”. So, let’s jump in just like I did on that very first day.

My day starts as normal, rushing to catch the first bus of the day heading to school. I have two classes at school in the morning. Since they have to somewhat relate to the co-op placement, I took Communications Technology (graphic design, photoshop, animation, that kind of thing) and English. These classes usually fly by, and at 11:00 am, I’m done with school. I’m still in awe of this fact. How. Did. This. Happen. I really should have appreciated that more. Then, I pull a Clark Kent and change out of my school uniform into some more office-y looking clothes. I put in my headphones, and with a sassy Little Mix song playing, I stroll out of school with a purpose.

Then, I hop on the second bus of the day, and the third. Commuting became a pretty big part of my daily life. Even though everything was still in the confines of my town, I quickly realized that hours of my day would be spent traveling to and from the places I need to be. I went from taking one bus to taking four buses every day, including a stopover at a somewhat sketchy mall with some interesting clientele and a severe lack of seating.

I’m not exactly complaining. For the most part, I didn’t mind the commute. It was something new, different from the same old school day I’ve experienced for the last 10 years of my life. For the last few weeks of my placement when things got especially hectic, it became the only time of day where I could completely shut off and relax. Plus, since I spent most of my commute listening to music, I discovered some awesome albums and new music obsessions (the most recent ones being the La La Land Soundtrack and Vessel by twenty one pilots).

This song will never fail to put a smile on my face pic.twitter.com/mvwfQoEiA8

But, one of the best/worst things about being out and about all day is the random encounters with strangers you will have. Most of these are awkward, or even a little unsettling or scary in the moment, but usually completely laughable afterward. I have tons of funny stories to share- maybe in another blog post!

As for the wifi-connecting part of my days, well, I’ve already established that I pretty much live on the Internet. But I didn’t want to be the kind of person who’s always on their phone while they should be working, so I made myself completely put it away for the 3 hours I was at my placement every day. It actually wasn’t as hard as I thought it would be, and I stuck to that commitment the entire semester. However, that didn’t mean I didn’t want to go on my phone at any other time of the day, namely while I was waiting for the bus or waiting at the sketchy mall. So, I’ve had quite a lot of experience connecting to public wifi networks. (I considered listing it as a skill on my resume).

My best feat to date would have to be when I discovered an open wifi network from the train station across the street and one block down! I have no idea how the signal reaches that far, but I just ran with it and never looked back. Since that day, it has been pretty useful, both for distracting myself from the frigid Canadian temperatures while waiting for the bus home and for catching up on all the internet happenings I missed in the past three hours.

When I finally arrive at the publishing company, I sit down at my own desk (!!!) and turn on my own computer (!!!). I don’t exactly know why, but having those things and working in an actual office were quite exciting for me. I had never worked at or even visited an actual office before, so the whole thing was brand new to me. 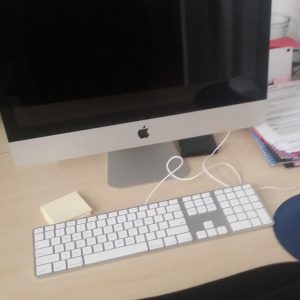 The tasks I worked on from a day-to-day basis varied. The main task I was given was fact checking. The publishing company I worked for published educational books for mostly grades 1 to 5. Some of these books are non-fiction. These non-fiction books contain facts. Like, a lot of facts. Like, sometimes 3 facts per sentence. So, my job was to, simply put, check each and every fact. Each fact in the book would have to be verified with 3 reliable sources. Needless to say, I became even closer friends with Google. This may sound tedious, and it was at times, but I did actually learn some things. I’m a lot better and faster at researching now, and my eyes are trained to jump to .gov, .org, and .edu results under Google searches. This is a good skill to have, whether it be for writing articles or for school projects.

One of the most exciting things that happened at my placement was when I was given the task to write biographies about several Métis figures featured in a non-fiction title. I think it’s rather telling that this is the part I enjoyed most. It involved research, writing, and a little creativity when deciding which parts to include and how to cut it down to a certain word limit. Call me crazy, but that sounds quite similar to the job of a journalist. After some editing and modifications from others, the biographies were included in a book that will be printed in February! My name is even listed as an “intern” in the credits, underneath all of the editors and designers. I never expected getting my work published would be part of this experience, so it was a pleasant surprise!

I think we’re gonna end the “daily vlog” here, as this is already quite long. Trust me, the rest of my day isn’t that interesting (homework, internet, writing… you get the idea). Let me wrap this up with some final thoughts about my co-op placement.

This whole thing has been quite the memorable experience. I don’t think I’ll ever forget it- whether it be all the time I spent at the sketchy mall, the countless hours I’ve spent fact checking or the first time I found out I got my own desk and computer.

The way I see it, I’ve now had hands-on experience in two industries I had been interested in for a while- journalism and publishing. I still have a little while before I have to hone in on the direction I choose to pursue, but I’m so glad that I got to experience both fields in 2016, through CelebMix and my co-op at the publishing company. It’s one thing to say you’re interested in a certain job, but without experiencing what it’s like firsthand, you don’t really know what you’re getting yourself into.

By the end, I felt pretty comfortable there. Well, as comfortable as an awkward 16-year old can be in a room full of twenty-somethings. I even got a little emotional on the last day, realizing it would be the last time I went through the daily routine I had gotten so used to. I think I might even miss that stupid mall. That day, I realized that I’m terrible at saying goodbye, and I hate endings. Well, let’s save the rest of that for another blog post.

So that has been a day in the life of my bus-waiting and wifi-connecting adventures. I’m so glad I documented my co-op placement and all of the adventures that came along with it, so I can remember it for years to come. I hope you enjoyed learning a little more about me! I also hope you aren’t about to fall asleep. (But if you are, I don’t blame you. I’m gonna take a nap now too). 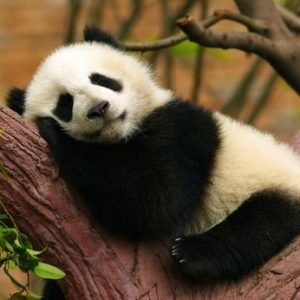 See you same day, next month.