This blog has certainly been a long time coming, I’ve literally been working on this – in my head – for the past few months but every time the 26th of each month came along, I was busy with my workload on CelebMix, and even now my planned articles are piling up over there, but I really want to focus on this blog post before I miss another month.

The idea for this blog post first came when Becky Hill dropped her awesome track with WEISS titled “I Could Get Used To This” and as the months have gone by I’ve come across more songs that have made me cry the first time I’ve heard them – I’ve also missed out on lots of great blogs to write up, from having my first ever holiday with my boyfriend to Eastbourne to spending a week in the hospital at the start of this month, but I’m sticking with this blog post as it’s been in my head for some time now.

I decided to change the title somewhat to “Part 1” as I feel this could become a series of articles as I hear more and more songs that make me feel intense emotions. So let’s kick this article off with the song that started this idea.

Becky Hill & WEISS – I Could Get Used To This

There’s just something about this song throughout. I love Becky Hill anyway and I’ve followed her career since she stunned us on The Voice UK. This track really gets to me and made me tear up the first time I heard it as it reminds me of the time my partner and I were dating. I didn’t want to rush anything as I had done that previously and I knew this guy was beyond special and I was worried about it not working out as I fell for him from the minute I saw him. It took all my nerve to not jump straight into a relationship, as much as we both wanted to, but two months of dating led to our relationship being official and now, over a year and a half later, we are both beyond happy to have each other in our lives – only long-distance is our current annoying monster that we are hoping will be defeated in the next month or so. Every single moment with him is perfection, and I can’t wait for what the future has in store for us.

Going on from the whole long-distance tidbit from my previous paragraph, this one is one of the tracks that hit me in my heart from the first time I heard it. It relates to how I feel on the last night I spend with my partner before we part ways until we see each other again. That last night has a sombre cloud above us, wishing that the night would slow down so we could spend more time together. The track just encaptures all my thoughts and feelings during that moment, and how we would just love to be able to stay and not have to return to the reality of missing each other during the times we’re apart. One day soon, we’ll be living together – the sooner the better.

I can’t quite relate to this one, as I’ve never had a friend pass away, but this one just struck a chord with me as you can hear how much Guy Sebastian misses his best friend, Luke Liang. Instead of choosing the simple sad song that we expect from musicians when they write a song dedicated to someone who isn’t around anymore, Guy Sebastian decided to honour his friend with an uplifting sweet song that’s simply beautiful in its own way. The lyrics paint a brilliant story, one we’re sure Luke Liang would love as much as we all do.

Orianthi – How Do You Sleep?

There’s just something about this track that I completely love, from the guitar riffs, the undeniably catchy beat, and Orianthi’s powerful vocals. Every time I hear this song, it makes me cry. It’s my go-to song whenever someone’s wronged me, whether that’s a family member, a so-called best friend, bullies (when I was back in school), or someone else entirely. The song may be about a bad relationship, but I can’t help but interpret the words for people who have hurt me. It’s such a powerful track that even makes you think – I’ll never know how people can sleep knowing they’ve hurt someone else. All those people come to mind when I hear this song because they managed to hurt me and although I may be forgiving of some of those people it still makes me question whether they’re still getting a good night’s sleep – I doubt it.

This is quite the left-field one of the list, which you probably weren’t expecting, but this one made me cry when I was in university after one of my closest friends, at the time, said that this song personifies me because I was literally born to make all my friends happy. I don’t know whether I actually manage to do so, but I do enjoy making people happy as that makes me happy – usually, I just buy people gifts, I tend to enjoy getting people gifts and seeing their faces light up when I do so. Now I finally have someone in my life that actually makes me happy, in return and because he’s younger than me I literally say to myself that he was born to make me happy. The underlying fact, though, which I found in a Facebook post (that I can no longer find), is that people who make others happy are usually hiding their true feelings – I was incredibly lonely at the time, regardless of how many friends I had (to quote Britney Spears’ ‘…Baby One More Time’ – “My loneliness is killing me”) this was because I had never been in a relationship, and I was in the closet at the time when my friend told me I was born to make my friends happy, and even when I was out of the closet in the following two years, I was still single and lonely. But now, “My loneliness ain’t killing me no more” to quote another Britney Spears song ‘Stronger’, as I have the most amazing boyfriend in the world, who I am so ready to spend the rest of my life with.

Justin Jesso & Nina Nesbitt – Let It Be Me

Continuing on from my thoughts, this one melts my heart every time I hear it because I struggle opening up and I know that my partner does too. We’re both so used to locking up our thoughts, our insecurities, our problems, our demons, that we forget that opening up to one another is what we need to continue to do to make us work, especially when we’re dealing with long-distance and missing each other badly. I’m learning to open up to him and I’m always actively encouraging him to do the same. This song just reminds me that we’re there for each other, even if we are 128 miles away from each other.

I don’t know how people can listen to this song and not cry? For the longest time, all I’ve ever wanted is a special someone to make me feel wanted and now I have someone who does. I never thought I would. When loneliness had consumed me so much, this song was there for me, believing that someone out in the world was my one, the person who would make me feel wanted, and all I had to do was wait, and soon enough, my partner came into my life and I have felt wanted from that very first minute we chatted – and we haven’t stopped talking and messaging each other since that day in November 2017. But this song has also taken on a new meaning for me too, it makes me want to make him feel wanted too, every single day.

Avril Lavigne – Wish You Were Here

I have got to include this one as both my partner and I love Avril Lavigne and this track always makes us think of each other as we are constantly wishing we were with each other. We are hoping that soon we’ll be living together and we won’t have to deal with the distance between us – here’s to hoping.

From one Avril Lavigne song to the next, this one made me cry during the years I had loneliness as my inner-demon, as I never thought I’d have a special someone to brighten up my days and be the reason I smile every morning. Just knowing that I have him in my life literally melts my heart as he makes me incredibly happy.

This track is something special. JoJo is one incredible singer and this track is totally dedicated to her parents, and how she is making them proud. That is all I’ve ever wanted to do for my own family and there are times when I’m feeling low or not supported enough that this song just hits me because I know that I can go on and do whatever I want to do, just like JoJo has done – if she can fight through it all and finally get to a place where she’s allowed to release the music she wants to (yes, I’m on about her struggles upon releasing this third album), then everyone else in the world is able to battle against those difficulties too and defeat them.

That’s it for now, I had planned to include Cascada’s songs ‘Independence Day’ and ‘Unspoken’ – the latter of which contains the amazingly sweet lyric “I’ll be by her side, Until the Lord delivers me, And then delivers she, ‘Cause I don’t wanna be, In hell, earth or even heaven, If she ain’t there with me’ and what a lyric that is, I so feel that right within my heart whenever I think of my boyfriend.

I’m sure I’ll be releasing a part two of this blog in the future, so look out for that.

What songs make you cry and why? Let us know on Twitter @Fuzzable.

26-year-old writer, blogger, author and journalist. Graduated from Staffordshire University in 2015. I write under the name Critic Jonni, on my blog. I also write for Channillo, The Coffee House, Outlet Magazine, SPECTRUMM, and CelebMix. Follow me on Twitter @CriticJonni 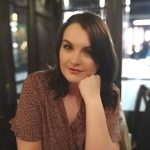 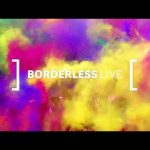