The Californian band FIDLAR released their new single, “By Myself,” premiered globally as Annie Mac’s “Hottest Record in the World” on BBC Radio 1. “By Myself” comes from the band’s latest album, Almost Free, released on January 25, 2019. on Mom+Pop and is available here. 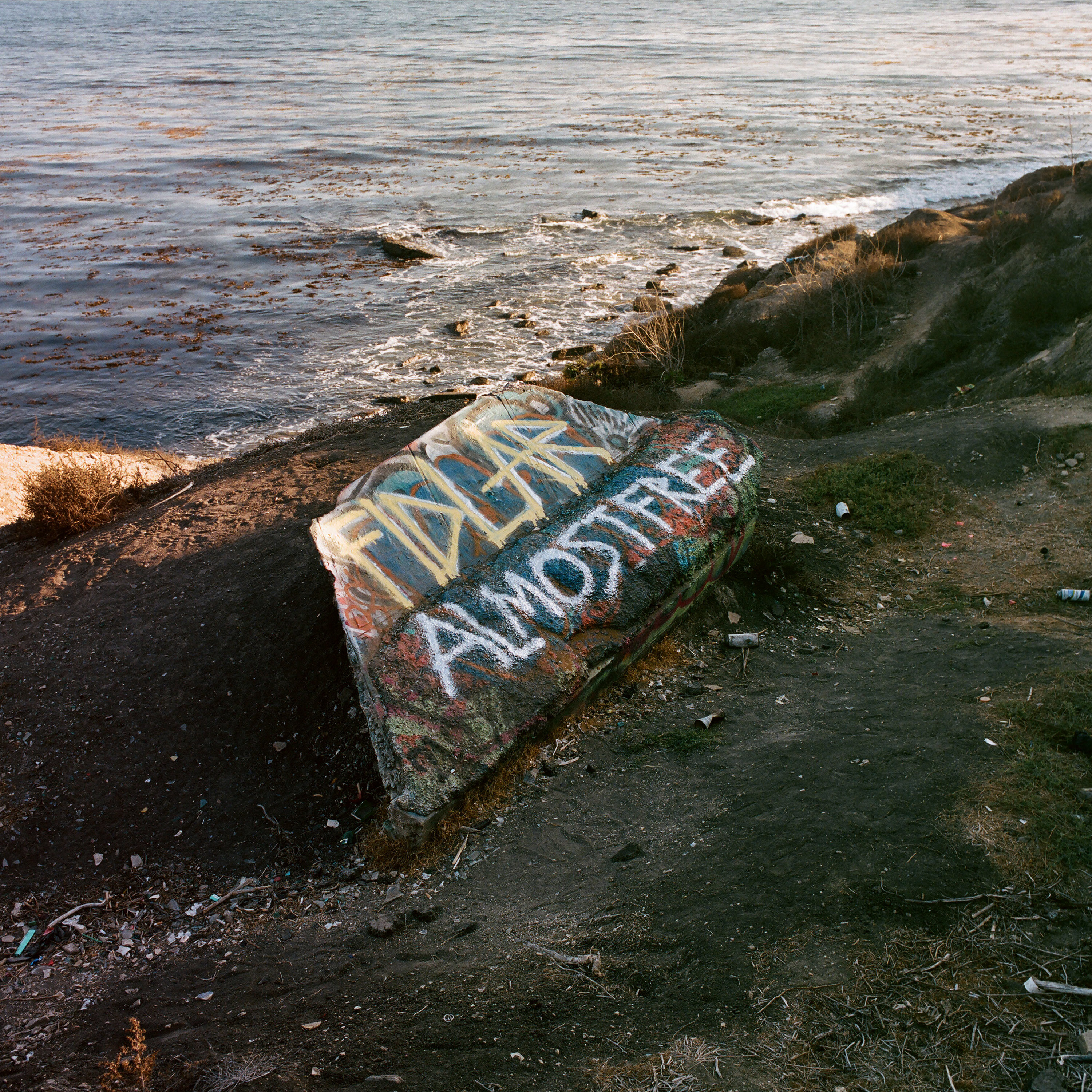 Lead singer/guitarist Zac Carper explains the ironically anthemic song (“Well I’m cracking one open with the boys, by myself”) written in Hawaii, “I called up all my homies to have a drink with me and no one showed up. What a bunch of kooks.” The track follows previous singles “Alcohol,” “Too Real” and “Can’t You See,” which now has over 2 million streams on Spotify.

On New Year’s Day, the band announced a special release day show at The Echo in their hometown of Los Angeles and it sold out in 20 minutes. Wanting the show to be “Almost Free” for fans, the band sold tickets for $5 each only. (WOW!!) On Monday, they announced their “Almost Free – Part Too” show presented by KROQ at The Teragram Ballroom on 1/26  that sold out in under an hour. Today, they have added an in-store appearance at Amoeba Records on 1/24 where fans will be able to purchase the album the day before release. Check here for a complete list of upcoming live dates and ticket information.

Almost Free touches on many of the tragedies and irritations of modern life: existential dread, gentrification, the inescapable sway of the super-rich and the self-involved, post-breakup telecommunication, performative wokeness, the loneliness of sobriety or the lack thereof. But through sheer force of imagination and an unchecked joie de vivre, the band manages to turn feeling wrong into something glorious and essential. In the age of joyless self-care, Almost Free makes a brilliant case for being less careful, for living without fear of fucking up, and possibly embracing any incurred damage as a lucky symptom of being alive.

The album sees the band pushing boundaries into new territory and influences while staying true to their unshakable core. “A lot of the vibe was, ‘Well, why can’t we do that? Why can’t we have horns? Why can’t we have key changes? Why can’t we have a harmonica loop?’,” Zac Carper said. “It was about taking the ceiling off. Having it be limitless. Ain’t no rules.” Elvis Kuehn added, “Almost Free feels like a step forward for us in a lot of ways. We tried to be true to ourselves and let the music come out naturally, without fear of how people would receive it.”

Are you as excited for this ”Almost Free” tour as we are? Tell us what you think of this latest music video ‘By Myself’ and tweet to us @fuzzable

Autodidactic Ambivert!
Music gives wings to my mind, flight to the imagination and life to everything.
Have a story? Contact at khushboomalhotra24@gmail.com
Twitter: @KhushMalhotra
Instagram: @malhotra_khushboo