Plastic pollution is a problem that hit the interest of the public earlier this year. While it has been regarded as a problem for a long time, it wasn’t until somewhat lately that people started acknowledging this as a massive issue (with many thanks to baby turtles).

With regards to the publicity of this issue, many companies have made more of an effort to be more eco-friendly and plastic-free. One of the companies in question is none other than the Coca Cola Company, which recently made an announcement that they’re replacing their standard multipack (which is made out of plastic) with a more eco-friendly material – the KeelClip. The advantages of a KeelClip is that it’s made out of recyclable paperboard, and there’s a minimal amount of it. Coca Cola is the first non-alcoholic drink brand that will make this change.

Joe Franses, Vice President of Sustainability at Coca‑Cola European Partners, had this to say:

“Innovation is a key principle of our sustainable packaging work and the application of this fully recyclable paperboard KeelClip™, which comprises a top board that the cans clip into and a central cardboard ‘keel’ – similar to a ship’s keel – that stabilizes the pack, is another example of how we are delivering on our commitment to remove all unnecessary and hard to recycle single-use plastic from our products.”

With an investment worth $15 million for the project, all of the plastic wrap is expected to disappear by 2021, with the first roll-out being in Ireland and Poland, followed by Austria, Italy, Switzerland and Romania in 2020, and then the rest of the European Union markets.

By using this new method of packaging, it is estimated that Coca Cola will annually save around 2000 tonnes of plastic from the landfill (or presumably the ocean), and around 3000 tonnes of carbon dioxide from the air. This is a small step in the right direction by the company that faced backlash for being one of the world’s top polluters. And while the first step that Coca Cola is taking towards being more eco-friendly is deemed a small one, it still counts as a monumental step. Hopefully, this will be the first step that will lead to more sustainability in the industry, and influence other companies to do the same. 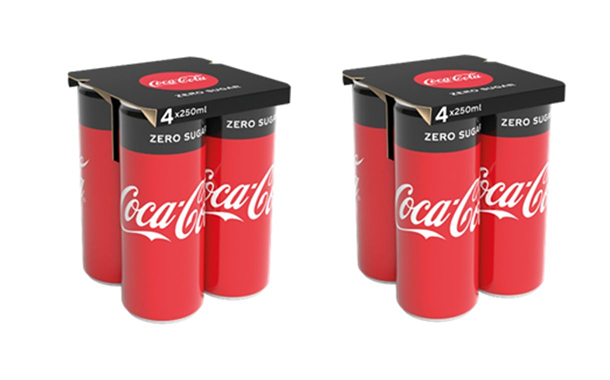 We congratulate Coca Cola on their first step towards being more sustainable. What do you think about it? Let us know on our Twitter or Instagram!