BTS does not just comprise of seven angelic voices but also of seven dapper men.

Be it the leader Rap Monster or the youngest member Jungkook, all of them has a distinct dress sense that gives individuality to this band. So, we decided to create a lookbook for each member. Titled BTS Lookbook, the articles will give you a list of best outfits worn by the members.

What’s so cool about it? Our lookbook will comprise of only those outfits which you can use for your own inspiration. After all, we all are clumsy beings who just want a comfortable piece of cloth to squeeze ourselves into.

Last time, we featured V aka Kim Taehyung. This time, we bring to you some of the best outfits worn by the youngest maknae of the band. Yes, we are talking about Jeon Jungkook.

If we have to give a symbol to Jungkook, we would attribute fire to him. The reason is not really that he is hot (he is hot, though, the man is aging gracefully) but the fierceness of his character. His style speaks for his “no-nonsense” attitude. He might be the youngest but he knows his business. Let’s take a look at some of his best outfits:

BTS loves stripes and so does the ARMY. Be it V or Jungkook, they look so good in this style. A perfect street fashion! 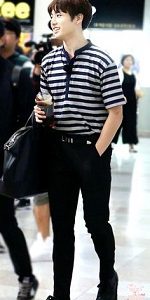 I think we have already mentioned it but we would like to re-emphasize the point again. Jeon Jungkook is aging gracefully and this becomes more evident when he wears formals. 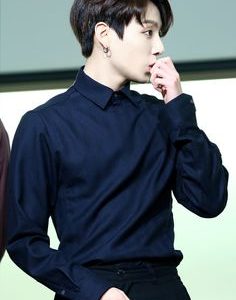 Stay Classy With The Classic

Denim has saved so many people from the hassle of thinking about outfits. Sport a shirt or a t-shirt with Denim and you still look great. 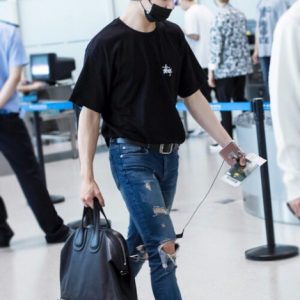 Vibrancy defines summer and there is no better way to beat the heat than with the coolness of the water. Metaphorically. See how beautiful Jungkook looks in blue. 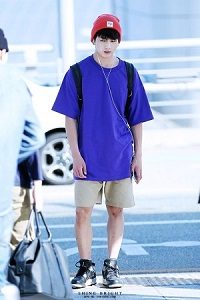