As autumn is inching closer, it’s time for Fuzzable to give you a review of some of the best summer- reads there were in 2018.

The one we want to take a closer look at is,’My Box-Shaped Heart’ by @rachaellucas.

“Holly is swimming in one direction and Ed’s swimming in the other. As their worlds collide they find a window into each other’s lives – and learn how to meet in the middle.” – The catchphrase can’t be more accurate.
Because that’s exactly what happens! Holly tries to get away from her life in one direction and Ed tries the same thing and literally – they clash as they swim in the same swimming pool. And so, one of the most adorable love stories starts to take off.

Holly tries to hide what a mess her home is – full of boxes with useless stuff – things her mother collected, cause ‘she could use is in some point in time’ or ‘she will get the boxes sorted later on.’
It started as her ex-boyfriend, Neil, left from one minute to the other, cause he found another woman, taller, , more beautiful’… In the way, he needs it to take her to fancy work dinner parties. Not a girlfriend – more a living doll.

Ed tries to hide that he and his mother had to run away from his abusive father, for whom the be seen successful is more important than the health of his ,soon-to-be-ex’- wife and his son.
All Ed’s dad thinks about is money…And he certainly does not intend to spend it on the family, which ran away from him, because he was abusive.

Allie and Rio are friends at Holly’s school, she never thought, she’d have. But sometimes, a spontaneous chat can lead to the best!
We meet Holly’s ex-step-sister Lauren, which does not seem to be in such a better state at all, after having to live with her dad Neil and his new girlfriend – who both treat her like the 5th wheel of it all.

But everything seems to get better, as Ed and Holly meet, as they become part of each other’s lives. They might come from different directions, but as they discover, they have friends, some of them rather unexpected, like Lauren turns out to be.
Some totally hands on from the beginning like Cressi, Holly’s mum’s friend and Holly’s boss…

This lovely summer read is some sort of fluffy and quick to get through, but it also faces serious topics like depression and having to deal with an abusive partner.
Sometimes, all it needs is a little push in the right direction to get your life in order.
Sometimes, it’s the moment to leave everything behind and start new, to protect yourself and the ones you love. 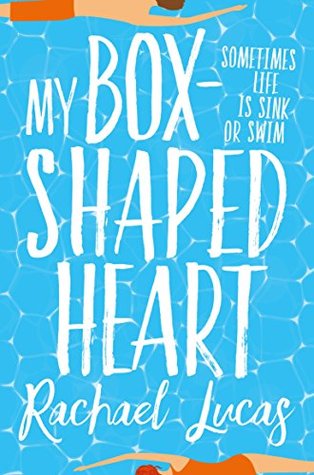 It’s an absolutely amazing setup with some of the most important messages there are.
If you need help, don’t be afraid to ask. There IS always help! ALWAYS. You are not alone!

I love writing, music, especially concerts and books!
In my spare time you will find me at my favourite bookstore checking on all the new releases, at a coffee shop reading or writing my own little bits and pieces. In that time, I mostly listen to my favourite songs by McFly, 5 Seconds Of Summer, One Direction, Ed Sheeran, Green Day, The Rolling Stones or the Beatles.
And I LOVE to wear something with stripes and polka dots!