Here at Fuzzable, we really love watching anime! Whether it’s a 200 hundred episode series or a two-hour movie, we’re happy to sit down and watch it. Not only do we love watching them but are also always excited to share our discoveries with you. So today, we thought we’d compile a list of five series for you to watch if you’re new to anime! 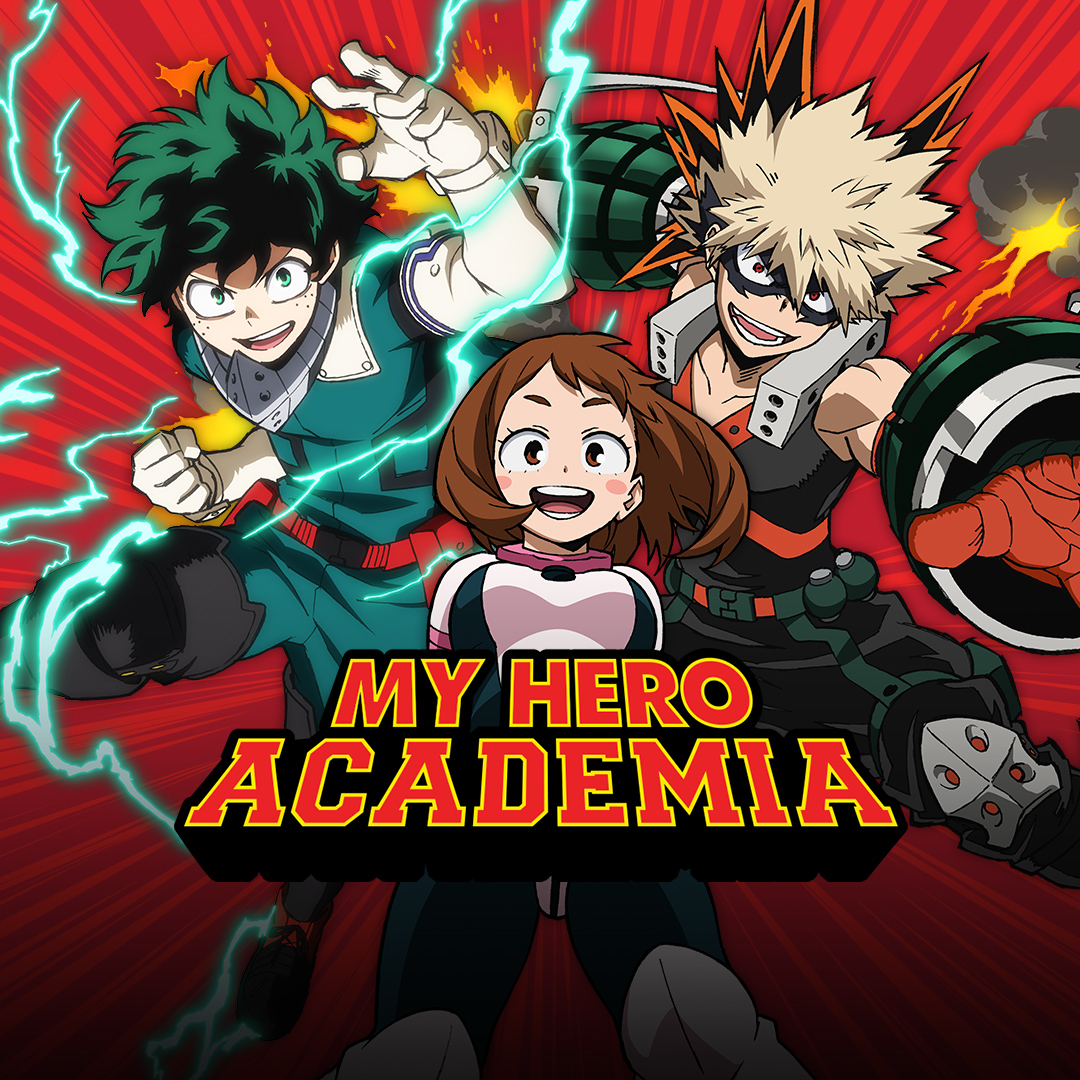 My Hero Academia is a superhero anime based on the manga of the same name. The series follows our main character Izuku Midoriya whose main goal in life is to become the world’s top hero but doesn’t actually have a quirk which is the equivalent of a superpower. But when he meets his hero, the number one hero, All Might, his life changes. All Might passes on his own quirk to Midoriya and then agrees to train him so that he can get into the most popular hero school, UA.

MHA is a fast-paced anime that will have you on the edge of your seat from the start until the end. You will quickly fall for these characters and want to know how they’re doing and what they’re doing at all times whilst watching the anime. It is one of the most popular anime series going around at the moment and for good reason, it has a great plot, really incredible characters, and a lot of unique elements.

You can watch My Hero Academia subbed on Crunchyroll and dubbed on Funimation!

Death Note is cemented as an absolute classic within the anime community. It was the first anime for so many people and is just so truly loved across the world.

Set at the backdrop of modern-day Tokyo, Ryuk, a shinigami (beings that are inspired by the Japanese God of Death), drops his “death note” into the hands of our main character, Light. Naturally, Light is originally cautious of the Death Note and whether it works. Death Note is used to take the lives of the people who the owner writes within the pages. Light decides that he wants to be a good person and actually use the death note to kill criminals within Tokyo, the people who he believes “deserve to die” and as these criminals keep dying from random heart attacks with no explanation, the police begin to think that maybe something else is going on. Soon, the media believes that a single person, dubbed Kira, is responsible for all of the deaths happening and the police get the help of a notorious detective, L.

Over the many years, Death Note has created so many conversations within the anime community about what we would all do if we had a death note, whether Light should be viewed as a hero or an anti-hero?

You can watch Death Note on Netflix! 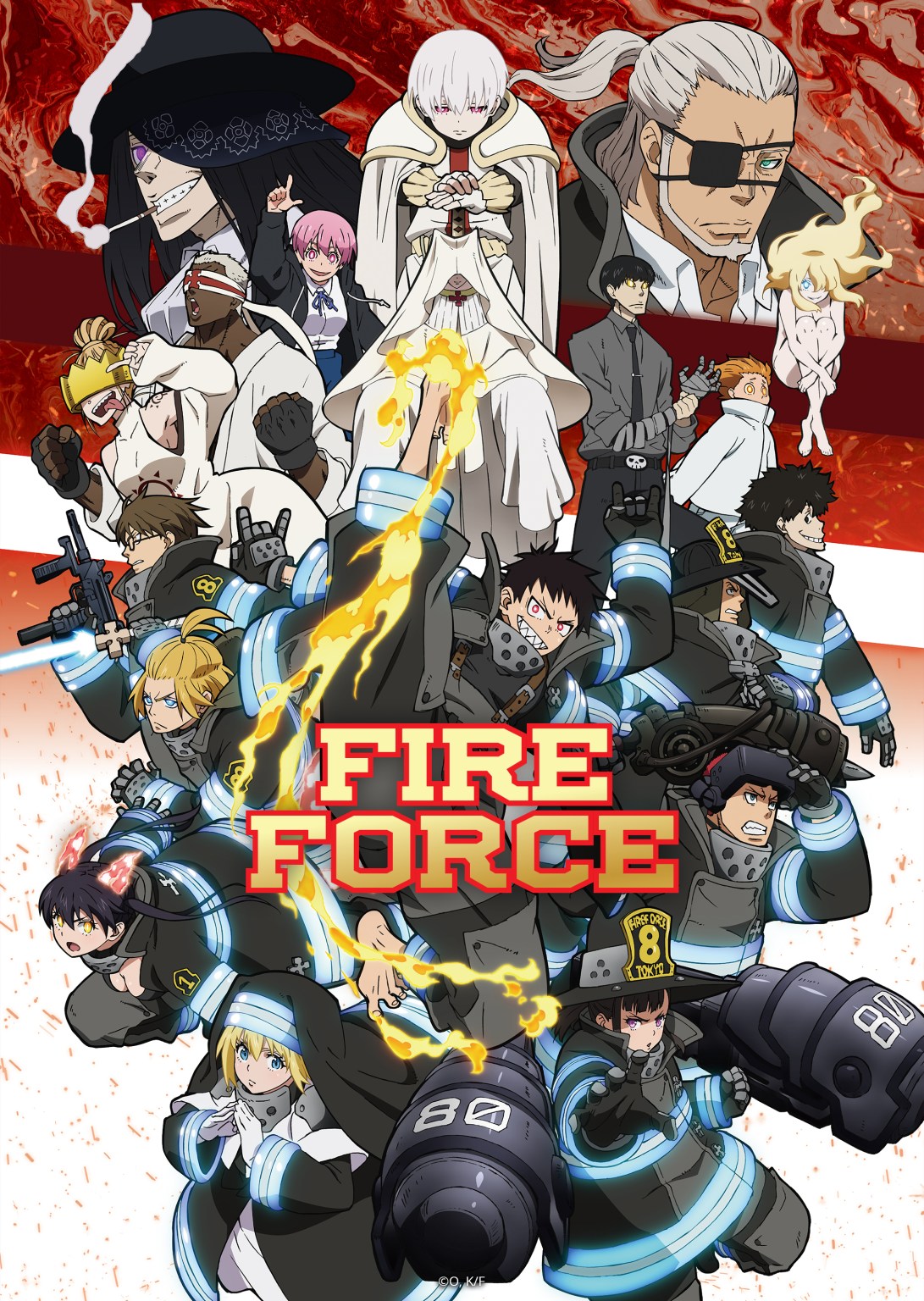 Fire Force is set in a world where spontaneous human combustion has become a huge, scary issue and it’s getting worse. We follow our main character Shinra, a third-generation pyrokinetic who has the ability to ignite his feet at will. He then joins the Special Fire Force Company 8 who are completely dedicated to their cause of ending the infernals once and for all. Shinra’s known for the fact a house fire killed his mother and little brother twelve years ago, a fire that people believe is Shinra’s fault, but, when Shinra learns that his little brother is alive, his goal points towards finding and saving him.

Fire Force is an intense anime that will have you on the edge of your seat because it becomes pretty stressful pretty quickly but you will love watching it too. The relationship of Company 8 is so wonderful and you will be rooting for them because they are a true found family who cares for one another so much. Fire Force is currently on its second season and the intensity doesn’t look like it’ll be slowing down anytime soon!

You can watch Fire Force dubbed on Funimation and subbed on Crunchyroll!

Fruits Basket is a slice-of-life anime that was first adapted in the early 2000s but, in 2019 it was remade and is now on track to adapt the whole manga which is very exciting!

Fruits Basket follows our main character Tooru Honda who after losing her mother in a motor accident lives in a tent until the “Prince” of her high school, Yuki Sohma and his cousin Shigure find her in the woods and offer for her to live with them until she can move back in with her granddad. The only issue is that twelve members of the Sohma family, Yuki and Shigure included, actually turn into one of the animals of the zodiac when hugged by someone of the opposite sex. The story then follows Tooru and the Sohma family and the beautiful relationships they form with her and how important she becomes to members of Sohma family.

Fruits Basket is such a beautiful, heartwarming anime that will have you laughing and crying. You will care so much about these wonderful characters who will steal your heart and you will just want to keep watching it so you know what happens to them!

You can watch Fruits Basket dubbed on Funimation and subbed on Crunchyroll!

Rising of the Shield Hero 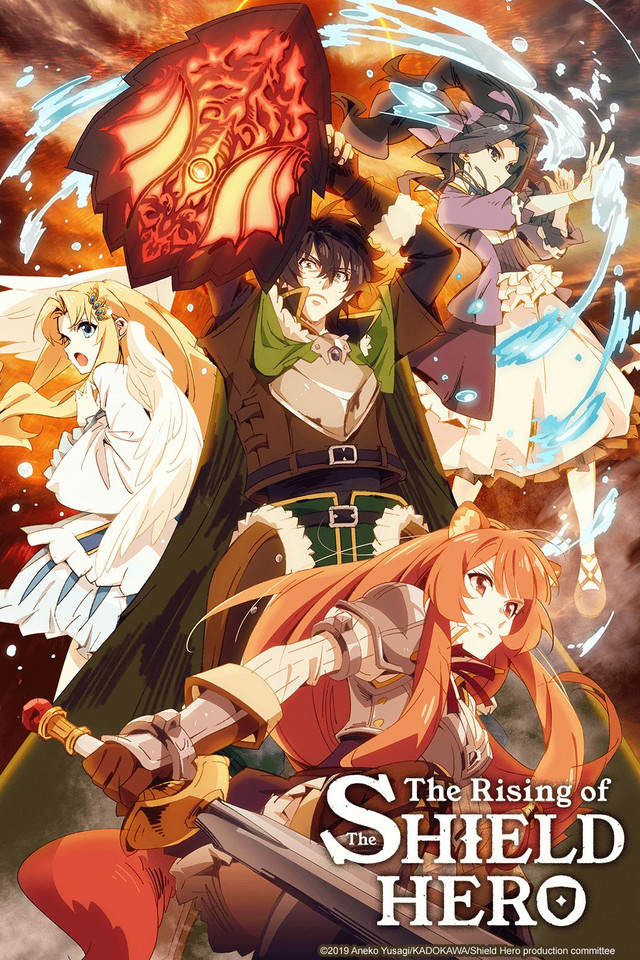 Rising Of the Shield Hero is a fantasy anime that follows our main character Naofumi who gets transported into a parallel universe along with three other teenagers who are then tasked at saving this world by fighting monsters called ‘waves.’ Each of the four teenagers are known as ‘heroes’ of one weapon, sword, bow, shield, and spear and are highly regarded in the world. Although when someone makes sure Naofumi’s whole reputation is completely trampled, he ends up being all on his own apart from Raphtalia, who he rescues and a bird-like monster named Filo.

This anime is a great anime that will hurt your heart from the very first episode but will also warm you up because the relationship between Naofumi, Raphtalia, and Filo is so beautiful, they become a true family over the course of the series and you will just absolutely fall in love with them. It has a lot of stressful moments but it’s worth it because the ending is incredible. And, we cannot wait until we get a second series!

You can watch Rising of the Shield Hero dubbed on Funimation and subbed on Crunchyroll!

What would be your anime suggestions for a starter? Let us know by tweeting us @Fuzzable! You can check out good starter anime movies here!