Here at Fuzzable, we really love reading and we know a lot of you do too! So today, we are bringing you a list of five standalone fantasy novels that you can read if fantasy series are a little bit intimidating to you or you just want a story wrapped up in one book!

1) An Enchantment of Ravens by Margaret Rogerson 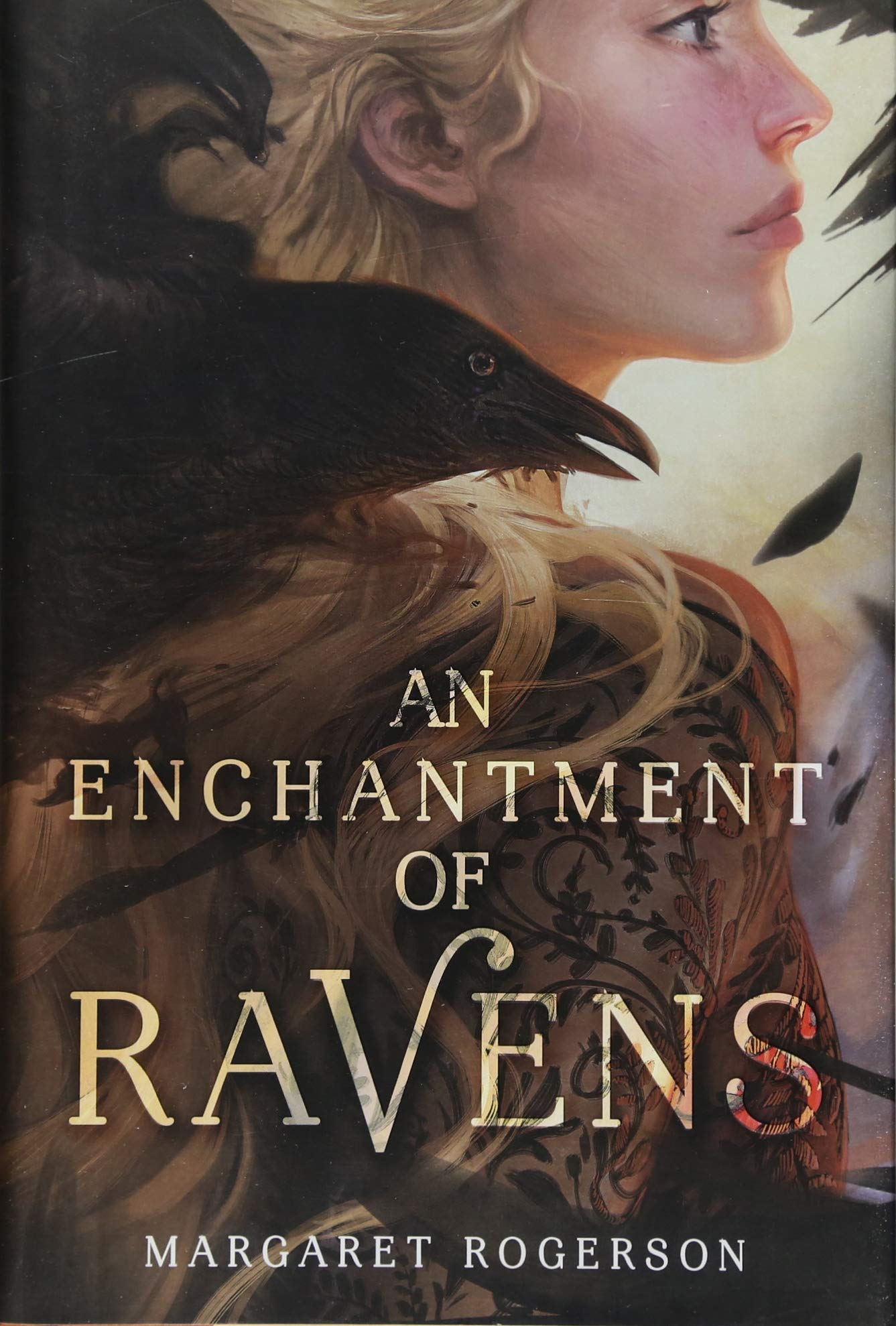 With a flick of her paintbrush, Isobel creates stunning portraits for a dangerous set of clients: the fair folk. These immortal creatures cannot bake bread or put a pen to paper without crumbling to dust. They crave human craft with a terrible thirst, and they trade valuable enchantments for Isobel’s paintings. But when she receives her first royal patron—Rook, the autumn prince—Isobel makes a deadly mistake. She paints mortal sorrow in his eyes, a weakness that could cost him his throne, and even his life. Furious, Rook spirits Isobel away to his kingdom to stand trial for her crime. But something is seriously amiss in his world, and they are attacked from every side. With Isobel and Rook depending upon each other for survival, their alliance blossoms into trust, perhaps even love.

An Enchantment of Ravens is a wonderful standalone novel that is full of magic and lush description. The prose is beautifully written, descriptive and you will be able to imagine every single thing that happens in this book. Even though it is a standalone, the story doesn’t feel crowded or like it needs a sequel which is a danger when it comes to standalone fantasy novels because there is a new world you need to get used to as well as a magic system and a lot of new characters but Rogerson truly manages to balance everything really well within this 300 page book! If you were a fan of A Court of Thorns and Roses by Sarah J. Maas, we think you’ll really like this! 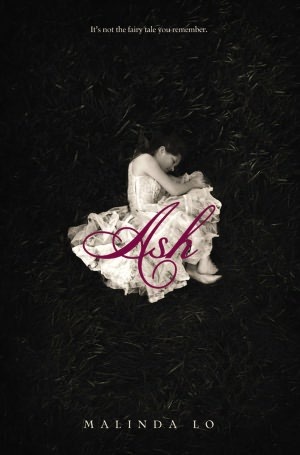 In the wake of her father’s death, Ash is left at the mercy of her cruel stepmother. Consumed with grief, her only joy comes by the light of the dying hearth fire, rereading the fairy tales her mother once told her. In her dreams, someday the fairies will steal her away, as they are said to do. When she meets the dark and dangerous fairy Sidhean, she believes that her wish may be granted. The day that Ash meets Kaisa, the King’s Huntress, her heart begins to change. Instead of chasing fairies, Ash learns to hunt with Kaisa. Though their friendship is as delicate as a new bloom, it reawakens Ash’s capacity for love-and her desire to live. But Sidhean has already claimed Ash for his own, and she must make a choice between fairy tale dreams and true love.

Ash by Malinda Lo is a fantasy retelling of the classic story we all know, Cinderella. Ash is our Cinderella character and after the heartbreaking deaths of her parents, she’s left with her stepmother and step sisters but all of that begins to change when she meets Kaisa. This beautiful re-telling balance the elements of classic that we love and the new themes the story brings forth.This is truly such a wonderful retelling of a story we know so well such as the King’s Huntress and the love story of Ash and Kaisa. It’s such an iconic piece of LGBTQ+ fiction and you will be able to get through it quickly and hopefully enjoy the fantasy fiction full of imaginative story telling and great characters. Kira’s life is shattered on the night her family’s shrine is attacked by a vicious band of yokai demons. With the help of Shiro—the shrine’s gorgeous half-fox, half-boy kitsune—Kira discovers that her shrine harbors an ancient artifact of great power . . . one the yokai and their demon lord, Shuten-doji, will use to bring down an everlasting darkness upon the world. Unable to face the Shuten-doji and his minions on her own, Kira enlists the aid of seven ruthless shinigami—or death gods—to help stop the brutal destruction of humankind. But some of the death gods aren’t everything they initially seemed, nor as loyal to Kira’s cause as they first appeared.

Another retelling to add to your TBR pile! Seven Deadly Shadows is a retelling of Seventh Samurai with a modern day twist! This is a story set in modern day Japan and has the same feeling of Seventh Samurai as well as our favourite anime tropes, it truly reads like a high stakes fantasy anime series and we love it. This story gets going from page 1 and will keep you hooked until the end because it is such a high stakes intricate fantasy novel that will have you non stop thinking about it when you’ve not got it in your hands! We especially recommend this book if you are a massive anime fan especially if you are a fan of the very popular anime, Death Note as it definitely shares a lot of vibes with the series. 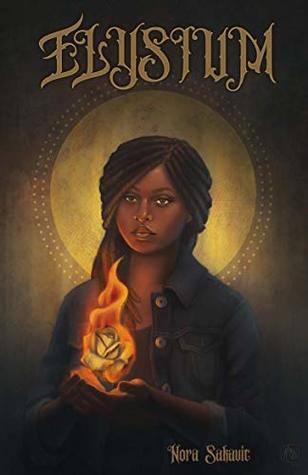 Evelyn Notte’s had sixteen years to make Elysium her home, but not by choice: she only survived her husband’s betrayal by fusing with the ley line beneath the asylum’s foundation. Now rumor has it Adam is back to his old tricks, and if Adam’s alive maybe there’s still a chance for the newborn daughter he stole from Evelyn so many years ago. The only way out of Elysium is the Nightmare buried at its core. Waking him means reigniting a long-stalled war and giving up what little is left of her humanity, but Evelyn’s not going to lose her daughter again – and she’s sure as hell not going to let Adam walk away a second time.

Elysium is such an intricate, high stakes fantasy novel that will have you on the edge of your seat from beginning to end. Evelyn is such an easy character to love and you will be rooting for her from the get go because you just want her to get back what is hers. We will say this is a pretty dark fantasy and you will be able to imagine the dark, grimy life of the people that live in Elysium which is what makes it such a wonderful novel. It is completely different from what we’ve come to expect from Nora Sakavic as she is known and loved for her All For The Game series and this is truly completely different but if you loved that series, you should definitely give this a go as well!

5) Priory of the Orange Tree by Samantha Shannon 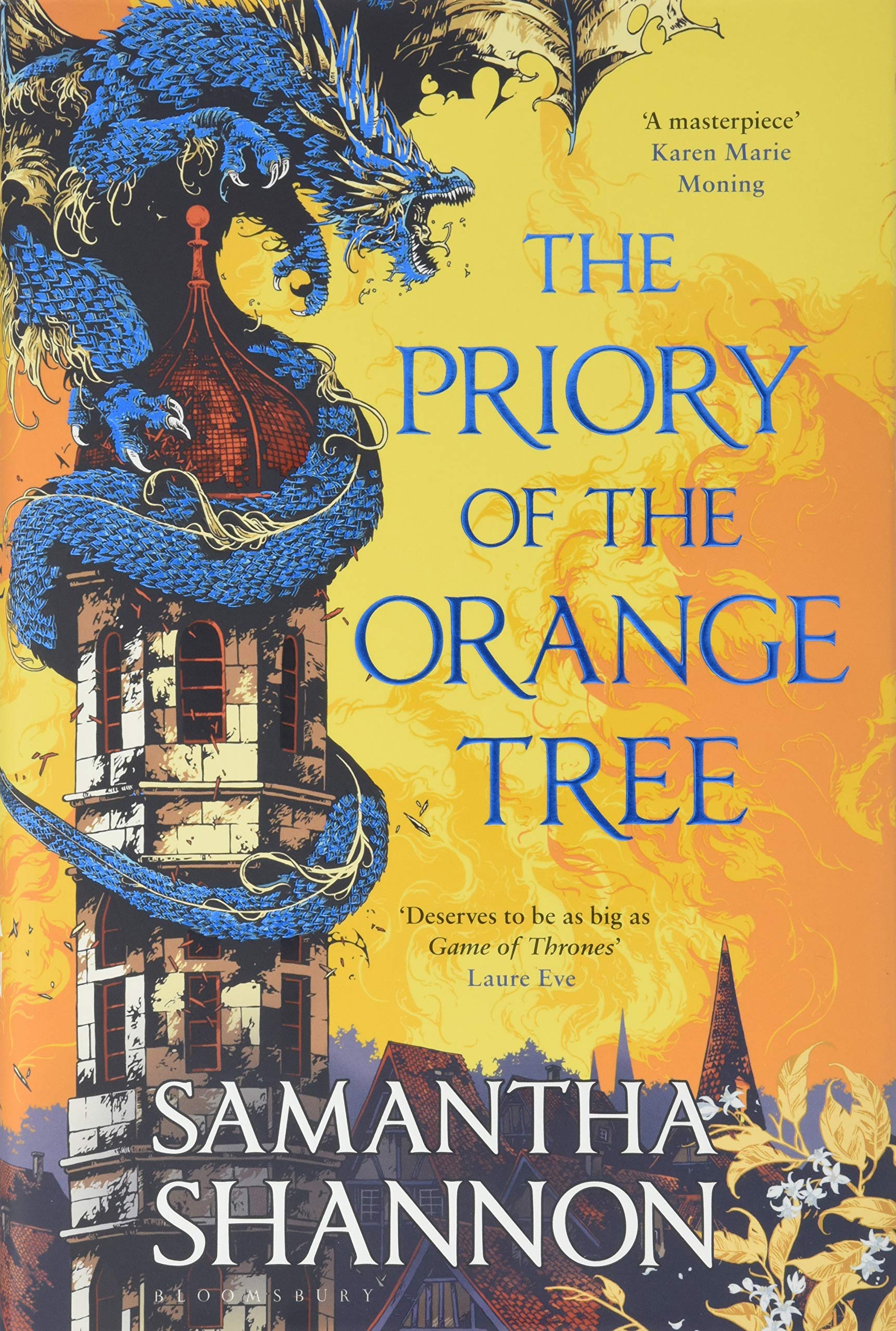 A world divided. A queendom without an heir. An ancient enemy awakens.
The House of Berethnet has ruled Inys for a thousand years. Still unwed, Queen Sabran the Ninth must conceive a daughter to protect her realm from destruction – but assassins are getting closer to her door. Ead Duryan is an outsider at court. Though she has risen to the position of lady-in-waiting, she is loyal to a hidden society of mages. Ead keeps a watchful eye on Sabran, secretly protecting her with forbidden magic.Across the dark sea, Tané has trained to be a dragonrider since she was a child, but is forced to make a choice that could see her life unravel.Meanwhile, the divided East and West refuse to parley, and forces of chaos are rising from their sleep.

Save the biggest until last, right? We will admit, Priory of the Orange Tree is huge, coming in at over 800 pages it is by far the largest book on this list but is completely worth it. In this book, you follow four separate POV characters as they try and navigate their lives and what is happening in this book and you will quickly fall for all four of them. The world building is so incredible and intricate that whilst it may take a few pages to get the hang of it, you will and be able to visualize the world. As well as amazingly thought out characters, intricate plot and fantastic world building, Priory has dragons in it which is a massive selling point as well as range of LGBTQIAP+ characters within the pages, so, it is definitely worth a shot!

Have you read any of these novels? Let us know by tweeting us @Fuzzable!

Make sure to check out our other bookish articles here! 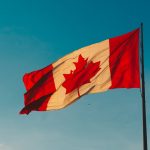 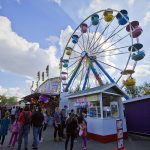